In 1970 she was under ownership of Mercantile Lighterage and sold to Thomas W. Hughan & Company Ltd., Greenwich in 1974 and renamed  WESTERHAM

In 1980 she was sold to Thames & Medway Towing Company (R. J. Livett) and renamed SCOUNDREL . She was re-engined at an unknown date with a Gardner 6LX 150bhp from the tug DUKE SHORE.  She was still in service in 1999 being used in the construction of the London Eye but by 2005 spotted laid up at Pipers Wharf,Greenwich.   Her last job in service 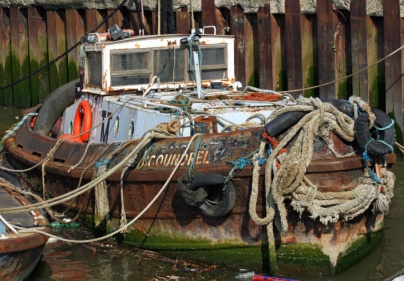 In November 2010 she was drydocked for a short spell at Pipers Wharf,Greenwich and some work carried out removing the stern and decking and shot blasting the engine casing.  The restoration work ceased and she was returned back into the water 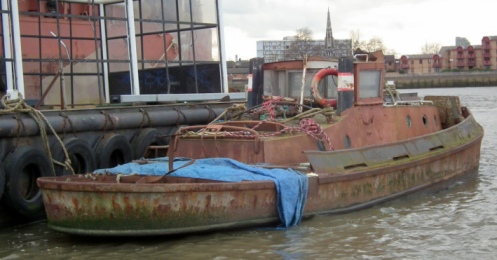