Built and launched from Orchard Wharf right beside the Thames , the new pier weighing in at 600 tonnes was designed and built by Eric Reynolds and Furness Partnership for use by Thames Clippers at Trinity Buoy Wharf.      The pier was lowered into the river and towed to the King George V dock where it will be ballasted to the correct level and returned and put into its new position next week. 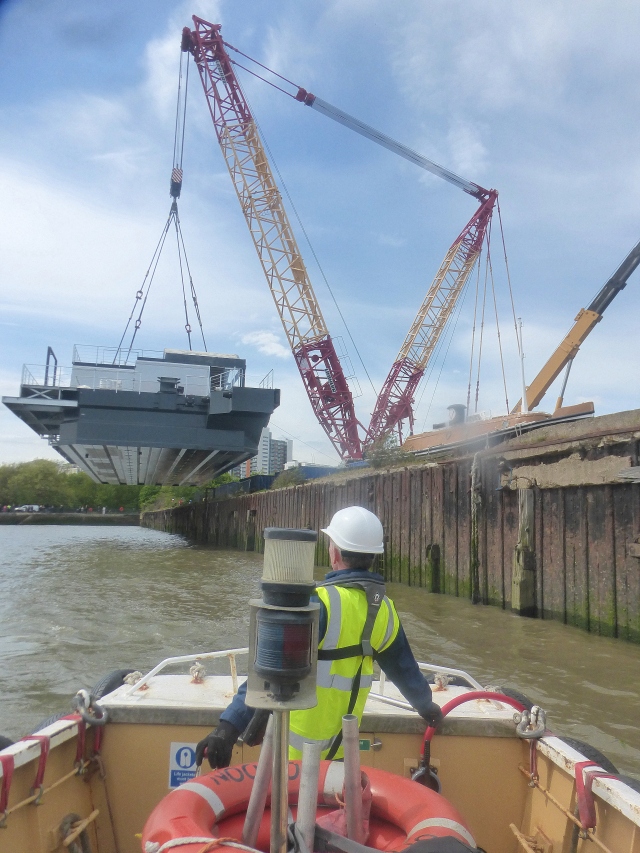